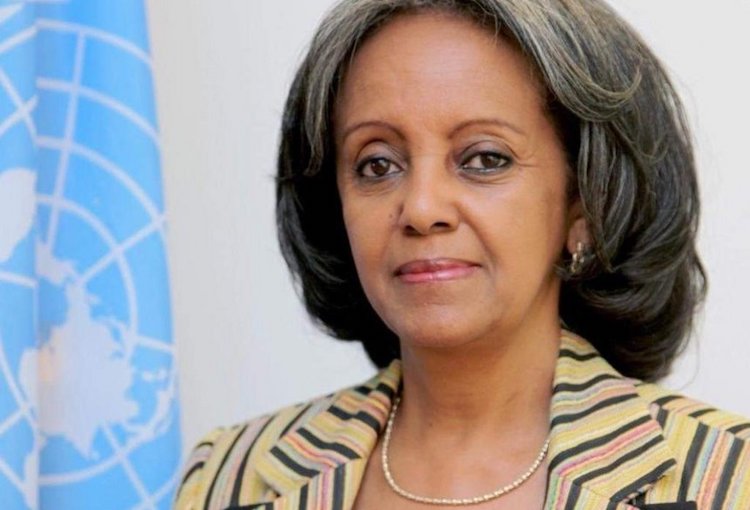 H.E. Sahle-Work Zewde, President of the Federal Democratic Republic of Ethiopia, has challenged African women and girls to assume positions of leadership in order to steer the continent’s transformation. Speaking at a reception she hosted at the Grand Palace for African Women Leaders’ Network (AWLN) National Chapters from across the continent, the President, an AWLN pioneer and Patron of the AWLN Ethiopian Chapter, praised the AWLN for the progress and impact it has achieved since its inception in 2017, during which thirty (30) National Chapters have been established in various member states across the continent.

The President cited the Presidential Leadership Program in elaborating on the importance of developing and improving avenues for women empowerment and citing efforts to sustain women empowerment.She launched early this year, focusing on women leaders in middle-level positions in government, business, and civil society.The training program aims to close the gender gap in leadership and decision-making positions in the country.A mentorship program is also being implemented in five universities across the country.

H.E. Sahle-Work Zewde also discussed her experiences climbing the leadership ladder as the first female President of Ethiopia, a diplomat, and a leader in the global peace and security sector.
She urged women and the younger generation to confront the obstacles to gender equality, emphasizing that women should not be viewed solely as victims of inequality, but as agents of positive change and enablers of innovative solutions to existing and emerging challenges to women’s empowerment.

Bineta Diop, African Union Special Envoy on Women, Peace, and Security and co-convener of AWLN, stated that the continent will not achieve its vision of sustainable development unless women and youth participate actively and meaningfully in all aspects of life.
In reflecting on AWLN’s progress in enhancing women’s leadership in Africa’s transformation, in line with Africa Agenda 2063 Aspiration 6, which envisions an Africa that is people-centered, with gender equality, and where women are empowered and play their rightful role in all spheres of life, and aligned with the 2030 Sustainable Development Goal 5, Mme. Diop emphasized the importance of the 30 AWLN national chapters in bringing about change at the national level by mobilizing all women, including those at the grassroot level, to ensure that no woman is left behind.

Mme. Diop further noted the leadership role of H.E. Ellen Johnson Sirleaf, former President of Liberia and AWLN Patron, in guiding the Network and drive chance toward the fulfillment of its vision. She particularly challenged the women to champion and advocate for the ratification, domestication and implementation of policies and frameworks that uphold and advance the rights of women.

Established in 2017, AWLN envisions to serve as a conduit for enhanced mobilization of women, in various sectors, to impact the road to peace and development on the continent and serve as an overall instrument of transformation. The network comprises a diversity of women, including young women in leadership from all sectors of society including the political, public, and private sector, civil society, and grassroots women with recognized and emerging constituencies, and who actively engage in mobilization and participation at community levels.