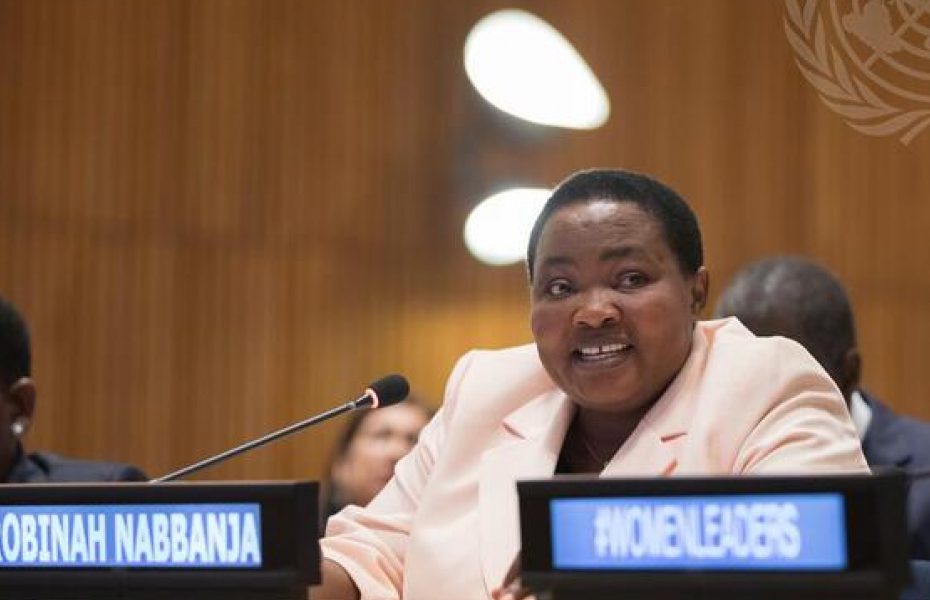 Women Heads of State and Government highlighted women leadership as crucial to tackling global challenges and achieving a sustainable future.

Prime Minister Robinah Nabbanja of Uganda, represented Africa at the event, under the theme of “Transformative Solutions by Women Leaders to Today’s Interlinked Challenges”, highlighted that women’s full and effective political participation and decision-making are crucial to addressing global priorities effectively, decisively, and inclusively.

In his remarks to the UNGA Platform of Women Leaders, Mr. Csaba Kőrösi, President of the 77th session of the General Assembly, said: “Women leadership is transformative. The women leaders with us today are living proof of this fact. Inclusive governance can result in policies that create positive change over the long term. By integrating the views of diverse women –especially at the highest levels – Governments can effectively tailor and target solutions to those most in need.”

Ms. Sima Bahous, Executive Director of UN Women, said: “When more women lead in political and public life, everyone benefits, especially in crises. A new generation of girls see a possible future for themselves. Health, education, childcare, and violence against women receive greater attention and better solutions. We must find every possible way to amplify the assets women leaders bring. This Platform is an opportunity to do just that.”

Recent global crises, such as the COVID-19 pandemic, climate, and conflicts, have shown the positive difference women’s leadership and decision-making can make in executive positions, parliaments, and public administration.

Out of the 193 Member States of the United Nations, only 28 women serve as elected Heads of State or Government. Whilst progress has been made in many countries, the global proportion of women in other levelsof political office worldwide still has far to go: 21% of the world’s ministers, 26% of national parliamentarians, and 34% of elected seats of local government.

According to a new UN report, at the current pace of progress, equal representation in parliament will not be achieved until 2062.

The UNGA Global Platform of Women Leaders stems from a meeting on 21 September 2021, between women Heads of State and Government and Mr. Abdulla Shahid, the President of the 76th session of the General Assembly.

Mr. Shahid: “The necessity of this meeting is evident when we consider the statistics. At our current rate of progress, it could take 300 years to achieve gender equality. We must act now. Accelerate investment in girls and women. Scale up efforts to empower women. Expand opportunities for girls. Eliminate gender-based violence.”

Ms. Katrín Jakobsdóttir, Prime Minister of the Republic of Iceland and Chair of the Council of Women World Leaders, said: “It is my strong belief that the world needs more women leaders and more diverse leaders, people with all kinds of backgrounds and life experiences. The decisions leaders make affect all people in our societies. These decisions should be made by people who have a real and deep understanding of how most people live, of what their concerns are, and are therefore responsive to their needs.”

The UNGA Platform of Women leaders and today’s event will also help bring visibility to women in prominent political leadership positions. The critical role of women’s leadership in driving the 2030 Agenda for Sustainable Development is well documented. Countries with greater numbers of women political leaders tend to give greater attention to issues like health, education, infrastructure, and ending violence against women.

In response to the pandemic, women leaders championed policies that addressed the pandemic’s social and economic impacts on the most vulnerable groups. In conflict-affected contexts, data shows that women’s representation in public life brings heightened credibility to peace processes and negotiations, helping unify divided communities.